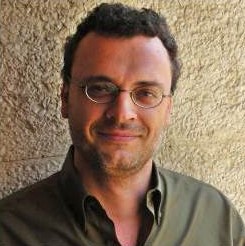 Bringing Out Faint Structures in Your Deep-Sky Images
One of the measures of master image processors is their ability to display the faint structures hiding in the field of view. Rogelio, who produces images that redefine our art, will share his techniques for drawing out subtle nebulosity and the like.
Rogelio was born in Spain, and has lived in the United States for thirty years. He began producing astronomical photographs eleven years ago. His work has been featured on APOD sixty times, published in several astronomy publications, used in planetariums, museum astronomy exhibits, and appeared in the IMAX/Warner Bros. movie production Hubble 3D.

Rather than simply trying to obtain a great image, Rogelio constantly challenges himself to ensure that the final picture connects with the viewer, by experimenting with new processing techniques and new compositions. Interestingly, Rogelio does not have a permanent observatory and his imaging requires extensive traveling to dark sites. As are many of his astrophotography peers, ‘RBA' is also a fine musician.