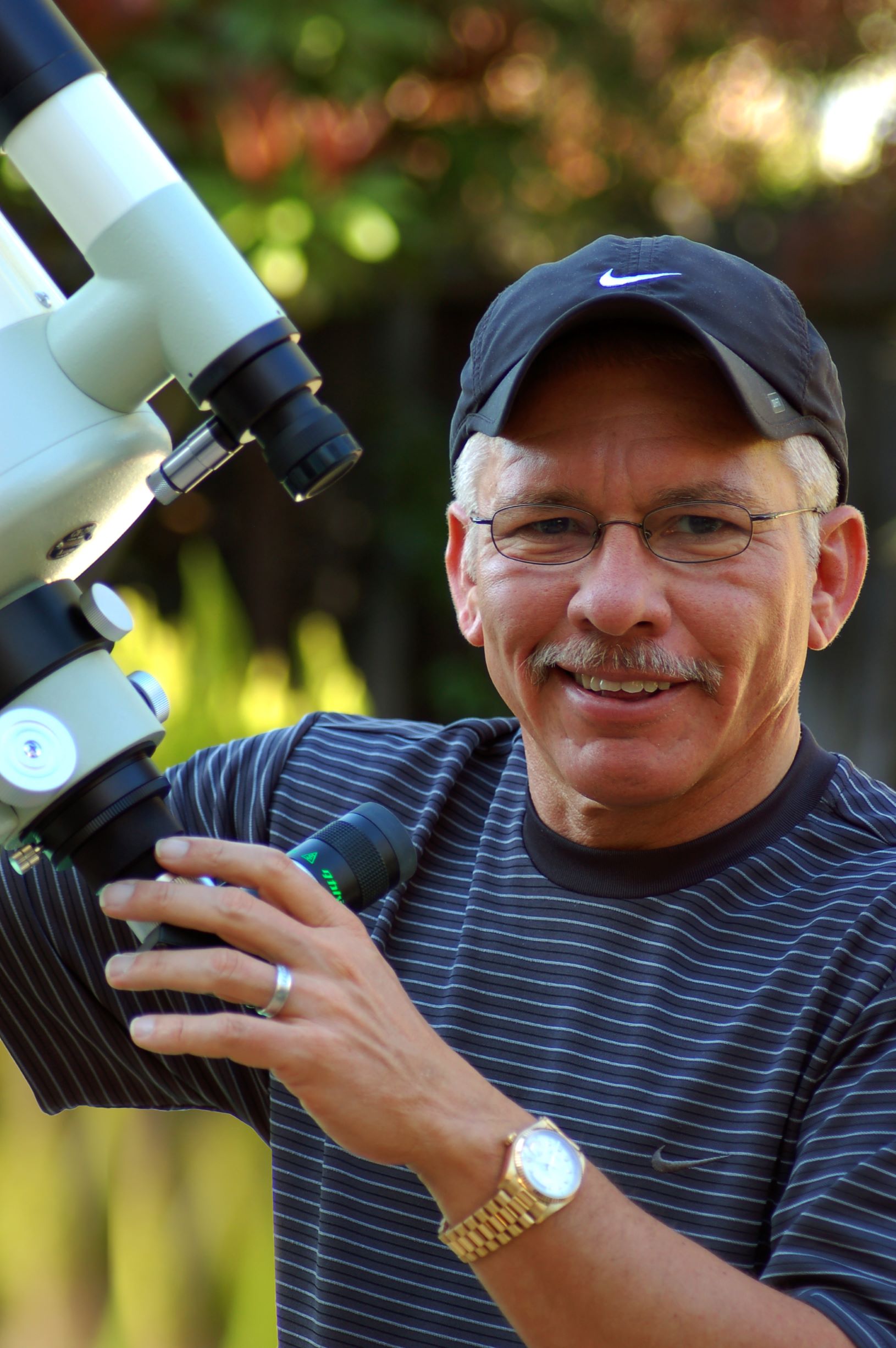 In Praise of Amateurs
R. Jay GaBany will explore the role of amateur astronomers in society, contributions they have made throughout history and scientific opportunities that remain available. He will also discuss the challenges and rewards of working with professional astronomers along with highlights of his favorite non-scientific imaging projects.
Jay is the ultimate image processing guru who is known for stunning images. He developed many of the Photoshop-based techniques universally used to process images. He has also had a distinguished career collaborating with professional astronomers where he “spawned a new research direction in the exploration of galaxy evolution via low-surface brightness imaging of galaxy halo substructure.” In this collaboration, Jay was a co-author of 16 peer-reviewed papers. For this work he was awarded the 2010 Chambliss Amateur Achievement Award, which is given annually to one North American amateur astronomer by the American Astronomical Society for an important contribution to astronomical research.

In addition, Jay has had his images shown around the world, many as APODs and in published books. He is also a co-author of several books on astronomical imaging. In the fall of 2012, Time magazine included Jay in the compilation of The 25 Most Influential People in Space, in the New Space Discoveries Special Edition, and he was named as one of the 10 Most Influential People in Space by Parade magazine. Jay has lectured on astroimaging all over the world.

He served on the board of directors of AIC from almost its beginning, and very capably served as its president for several years. In this capacity, Jay is very responsible for the experiences you will enjoy at the 2019 AIC conference.